Greenply Industries Limited is amongst the leading plywood manufacturers in India. Greenply offers a wide range of panel products including plywood, block boards, decorative veneers, doors, and film-faced plywood, among others.

The promoters have recently bought ~1.24 lk equity shares from the open market which comes to around 0.10 % equity 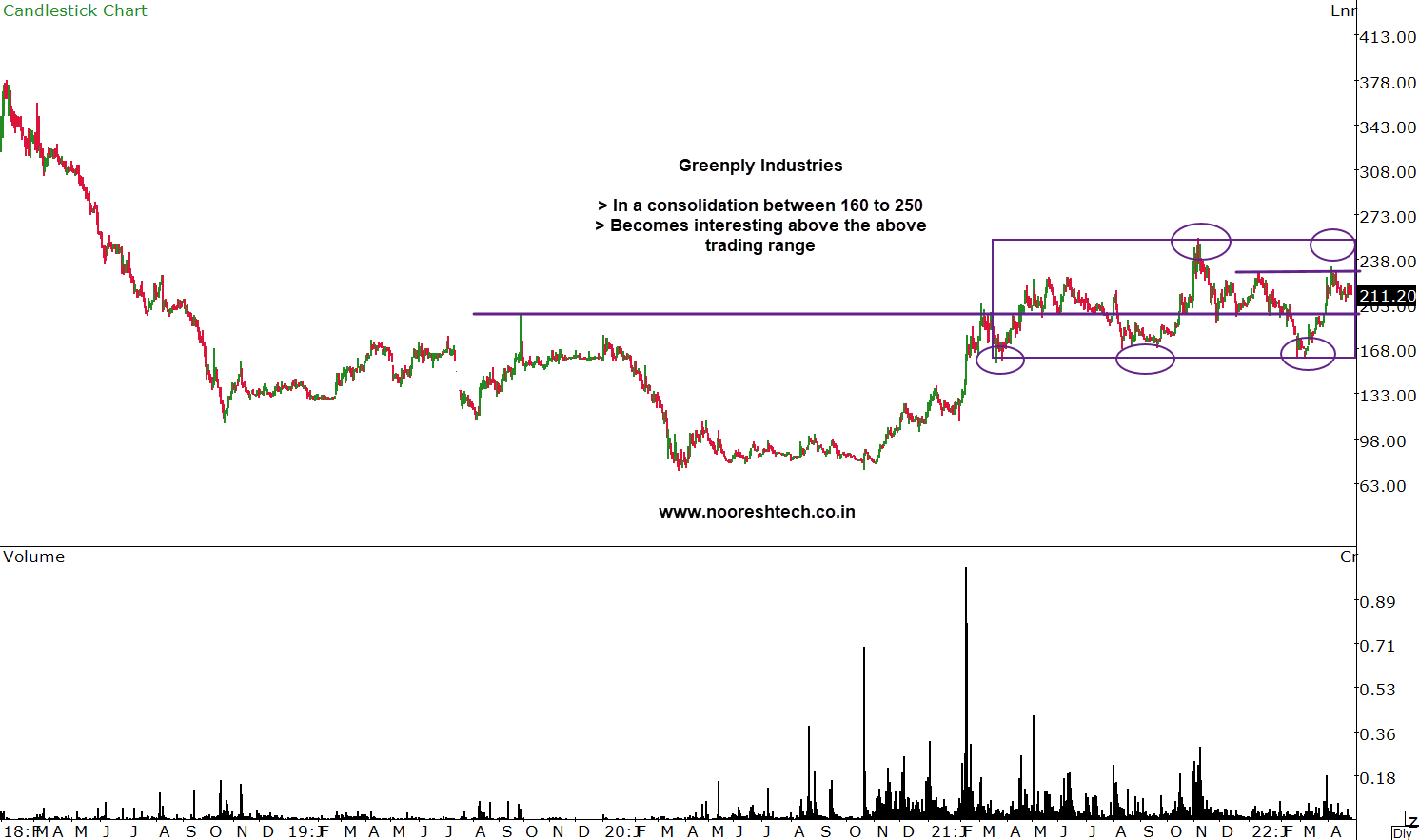 To join the channel check our subscription plans :

We also have a Smallcase which is based on Insider Trading

Over the last decade or so we have seen all Global Markets or at least Dow and Nifty go inline in direction. A risk-on and a risk-off happens across markets. The Co-relations of Global Indices has got stronger from the FED actions in 2009.

Lets look at this chart below.

The only times it has gone below 0.4 and stayed there for long was in the Taper Tantrum in 2013 and in Covid for a few weeks.

The Ratio is now sticking at the higher for quite a few weeks. Indicating a good possibility of breakout and Nifty to outperform the Dow after a long time.

The Red ( Dow ) and Black ( Nifty ) almost look similar in direction across the last 10-13 years.

The Big Outperformance of Nifty and Emerging Markets 2004-2006

Post the top in 2008 the best performing market has been India. China is yet to cross 2008. The only other viable emerging market now seems to be Brazil.

India did see a deeper correction compared to rest of the world. BJP lost the elections. Interestingly almost all markets were down in May 2004. Almost all of them bottomed out around 17th May 2004 ( the lower circuit day in india ). This proves that undue weightage given to Indian Elections and events and lesser to global trends.  ( This helped me be Long going into 2014 Elections with a strong global trend.)

Over the last decade or so we have seen US markets to be the Mother Market and rest following it. But back in 2004-2007 it was pretty different.

Can we see an outperformance in Nifty to US in coming years. May not be as large as 2004-2006 but even a third of that would be good.

Dollar Index going back to 2003/2017 but USD-INR relatively better in such times.

Indian rupee has been depreciating against the USD forever now. But of late the relative strength in comparison to under Global and even Emerging currencies is interesting.

USD-INR – Not as bad but above 77.5-78 would be a breakout. A very important resistance.