This is going to be a long post and If i do get time will try to make a video to explain it.

Let me take you through the various Shakeouts, Corrections and Crashes of last 15-17 years. I am doing this exercise for myself to be able to adapt better to Selloffs.

Hopefully it would help investors/traders who have been through it to reflect back into past experiences and react better.

More help to people who have not been through those periods.

The charts used below were in the process for last 1 week.

I get time to write long posts only on Sunday afternoons when my twin boys are sleeping.

So here starts my Sunday Thoughts on the Shakeouts, Corrections and Crash in a Smallcap Index.

The Index has around 688 companies. 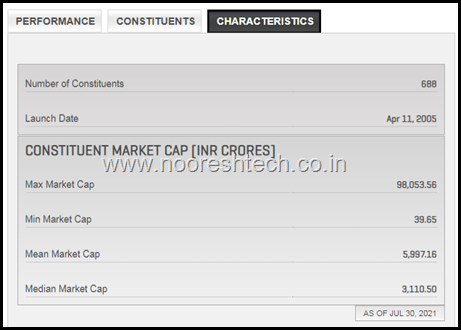 The best reflection of the sentiment as there is no limit to number of stocks.

Nifty as an index has 75-80% of the weight to top 20 stocks. So the rest of the universe is closer to the Smallcap Index generally in terms of sentiments and performance.

We will again look back at the chart in the end of the post. Things to note.

Lets try to understand what does a Shakeout, Correction and a Crash differ.

Every Market cycle the definition changes for everyone with changing volatility. But we will try to have a broad description as per the way i look at it.

After a one way Bull Market we tend to forget that 20-30% drawdowns are part of a Bull Trend in Smallcap Portfolio.

What is a Shakeout

What is a Correction

What is a Crash

Now we try to look at various Moves in the last 15-17 years of the available data for BSE Smallcap Index.

I will also make my comments from what I remember from those times.

The Correction in 2005 after a few shakeouts. 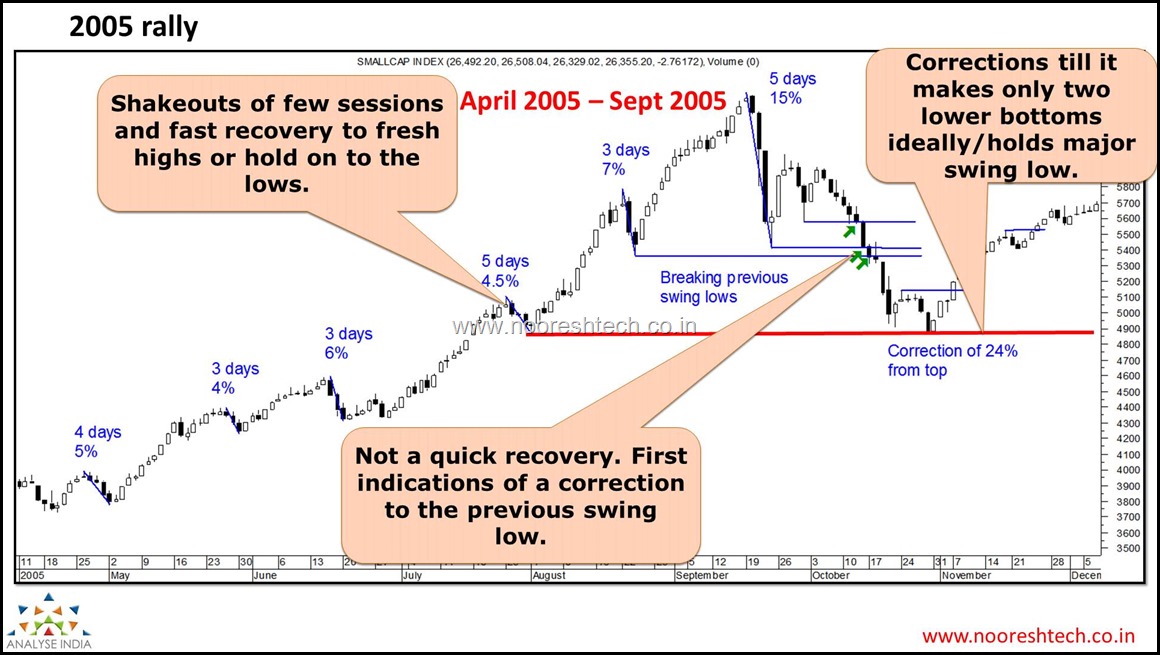 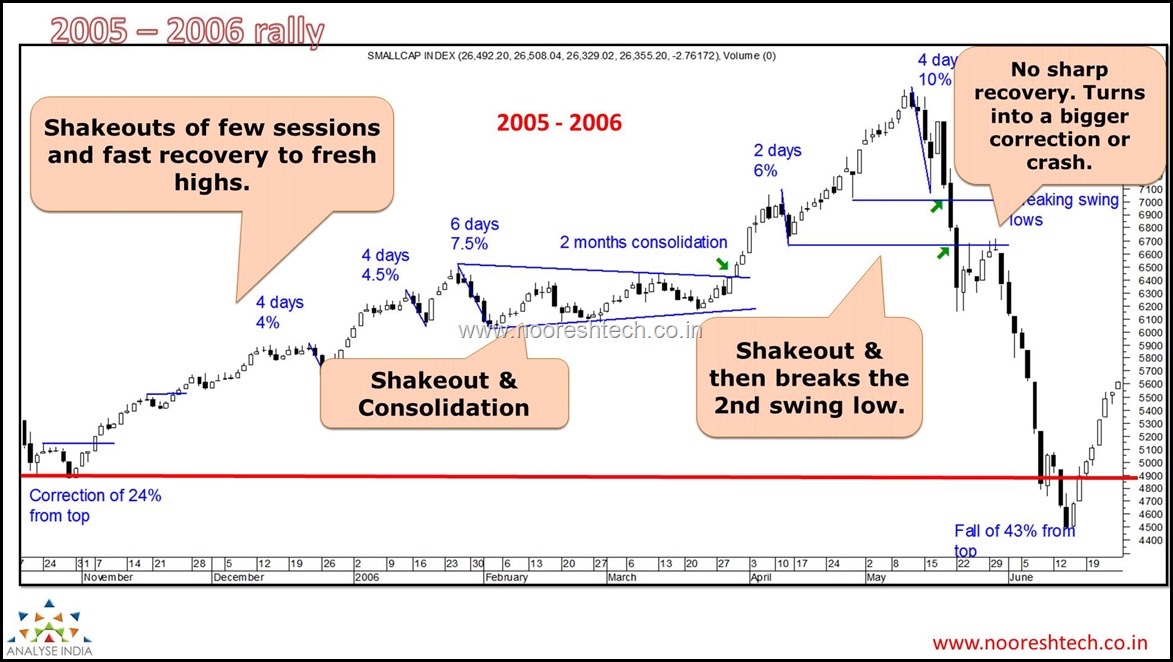 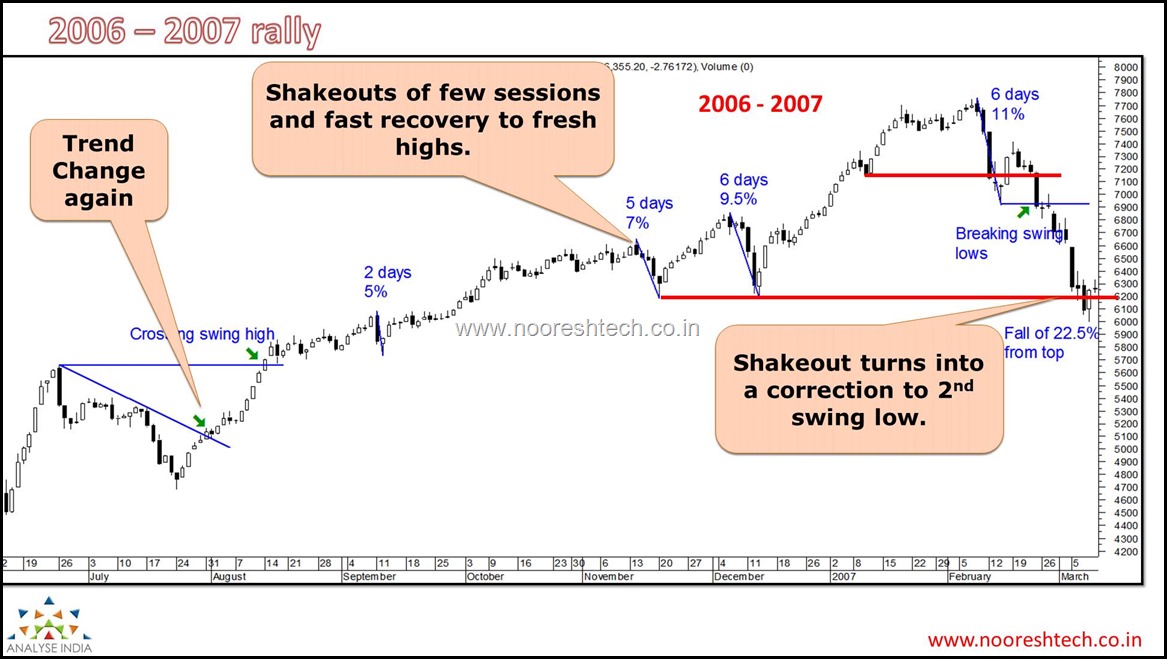 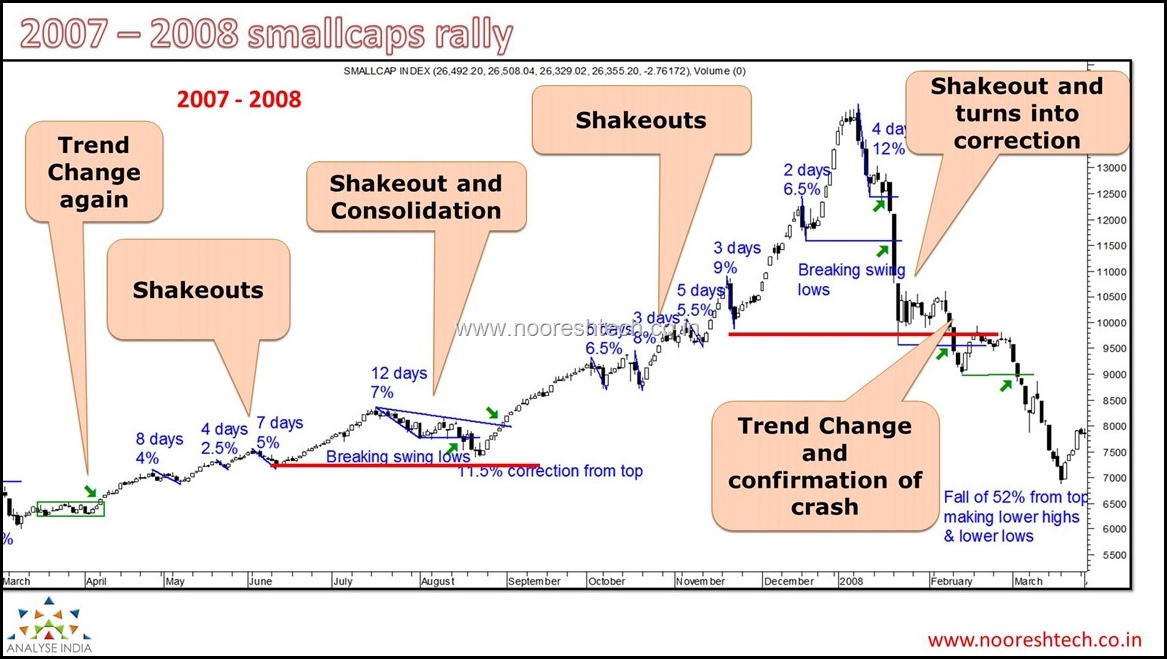 The reason I talk about 2008 today is that there will be terrible periods in Markets and many of the best investors/traders have seen 30-70% drawdowns and even Wiped out their capital. But never lose your Mental Capital as that is what is going to help you recover and more in next Bull Cycle. 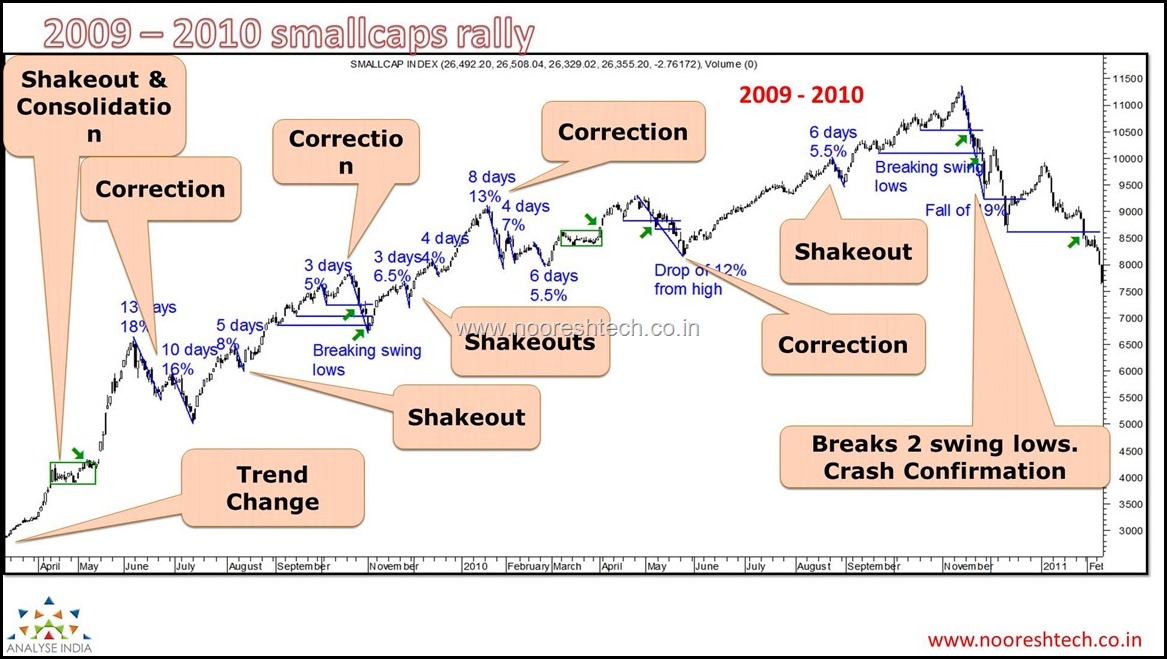 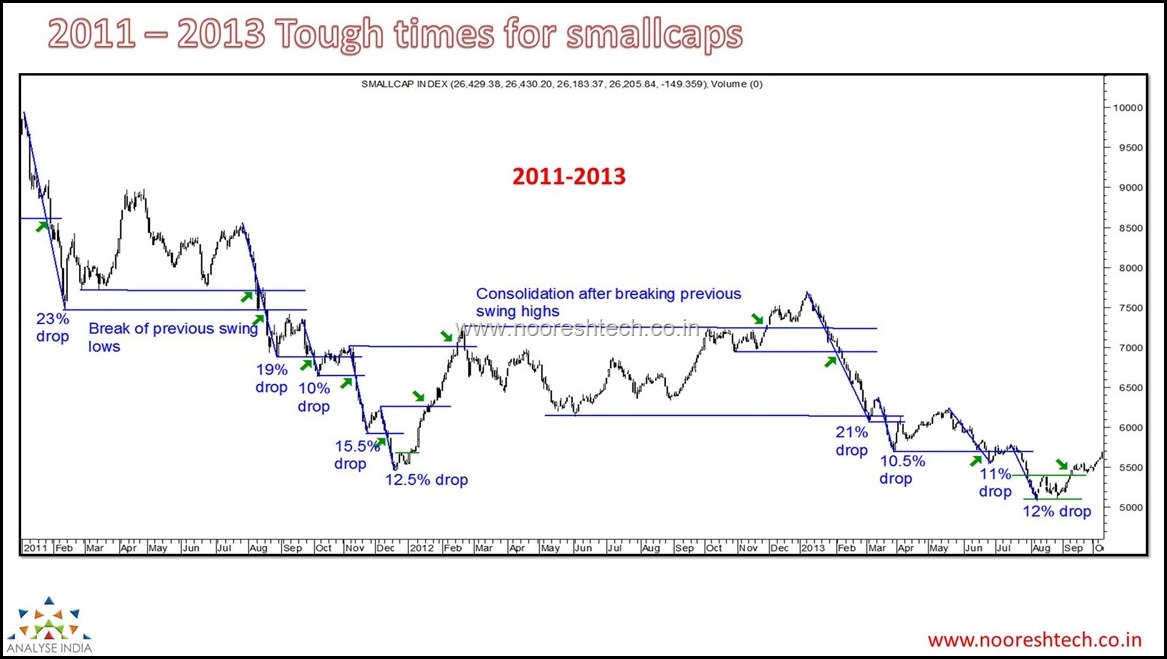 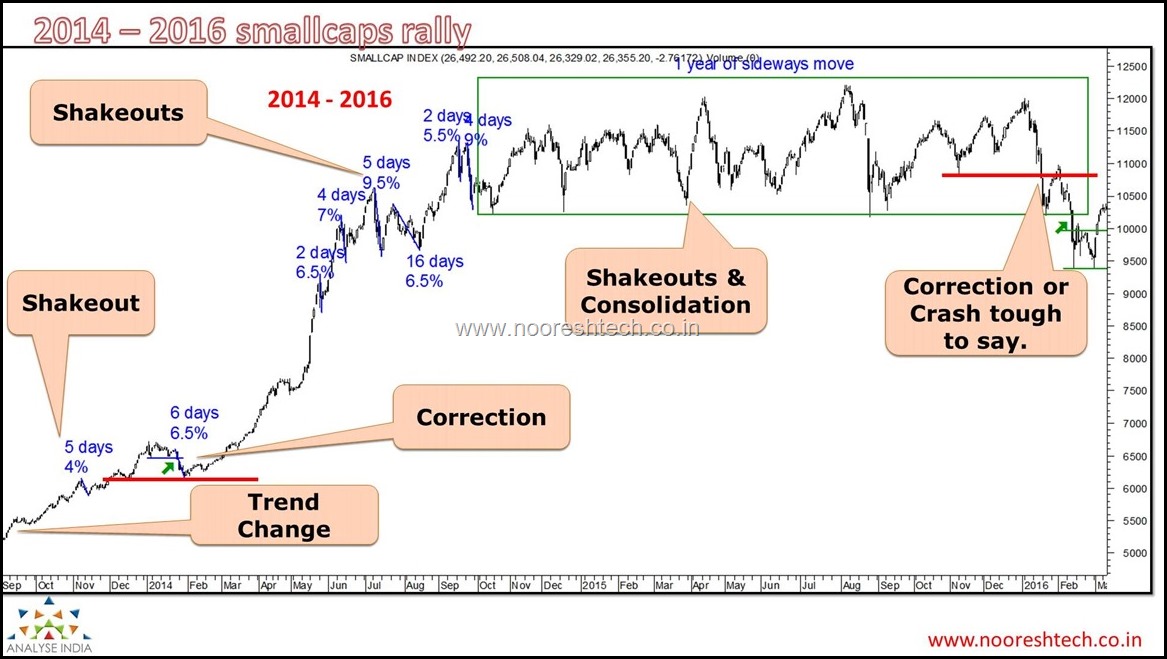 The 2016 shakeouts and Demonetization. 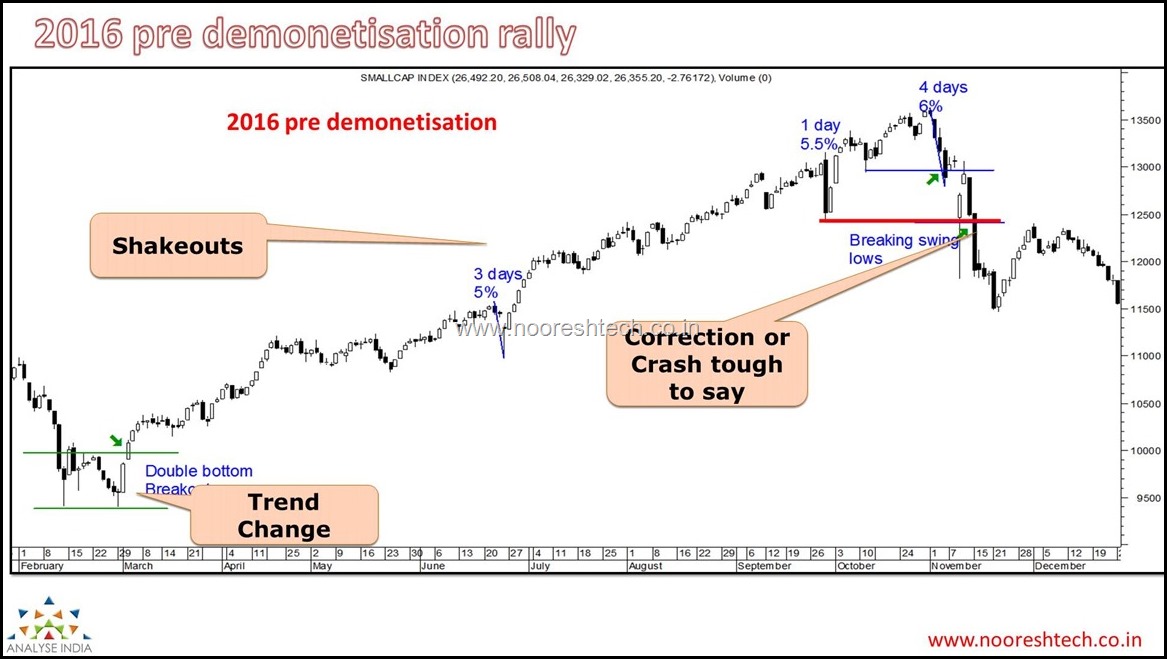 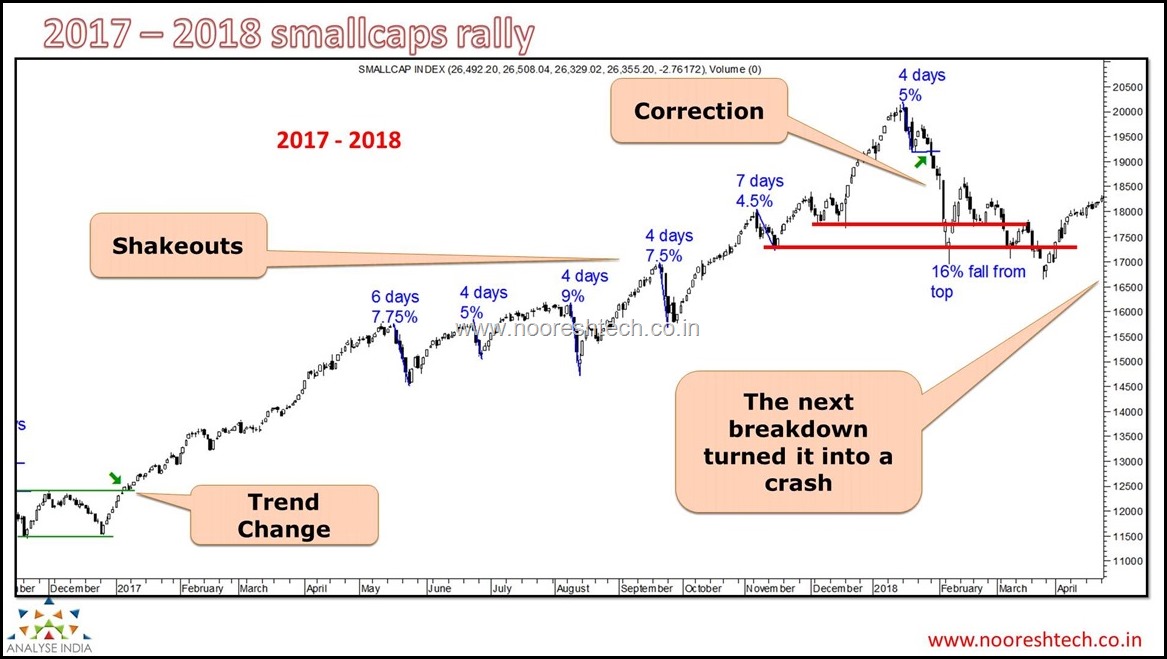 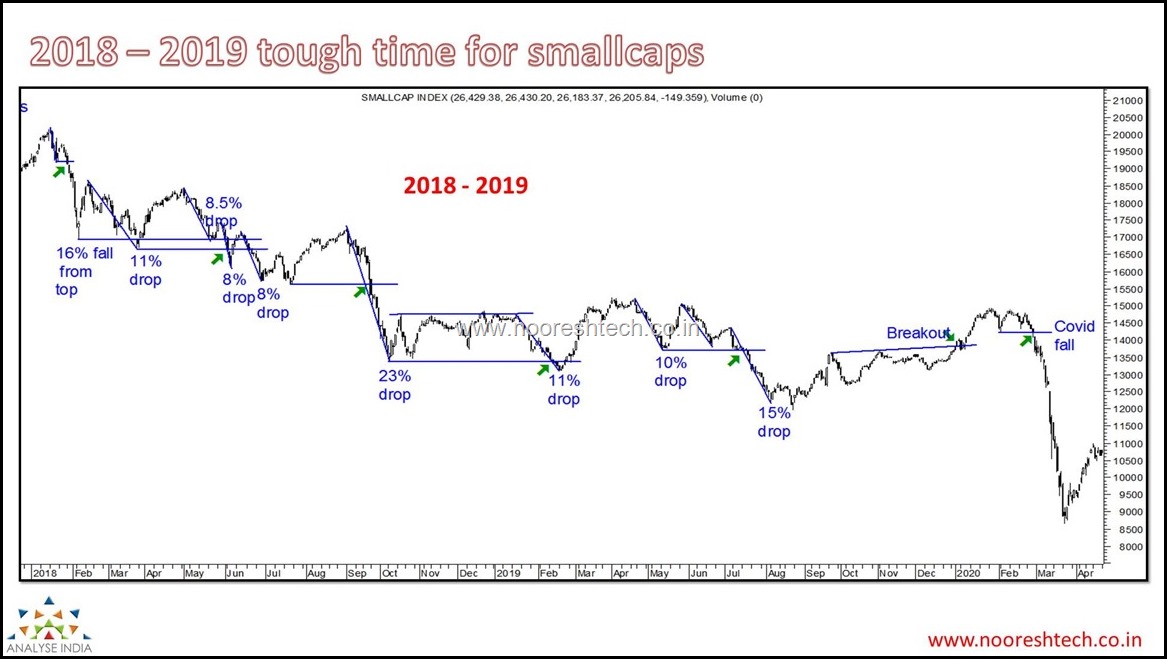 THE BIG QUESTION – BSE SMALLCAP INDEX – A Correction or a Crash. 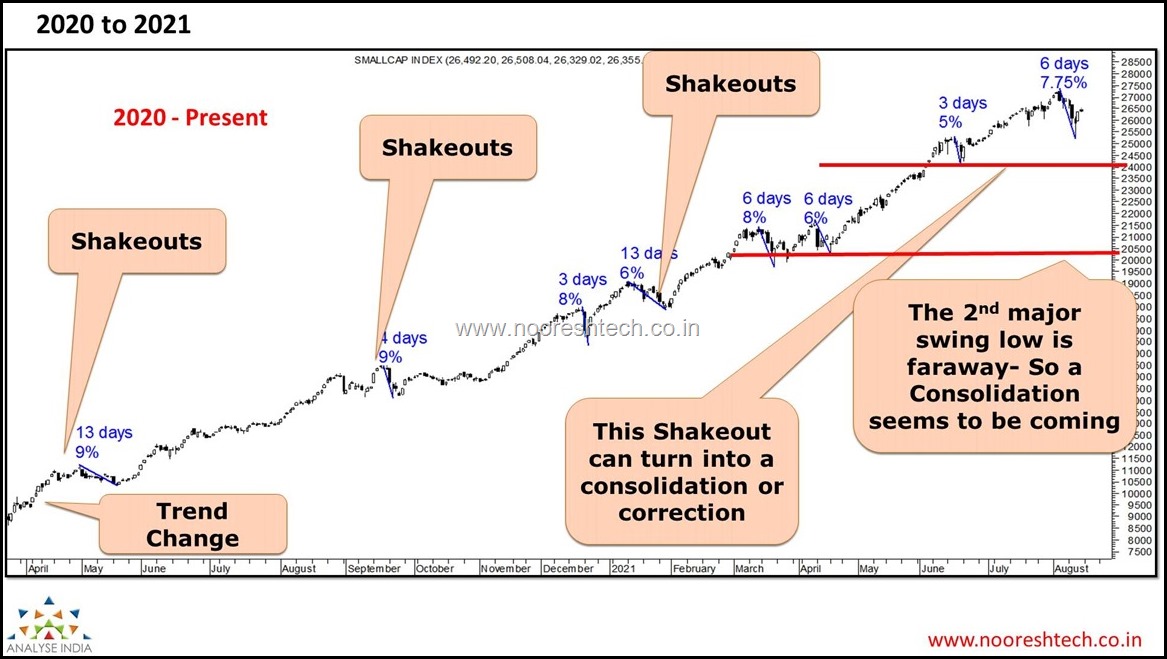 LinkTree  - Links to all our services and products - https://linktr.ee/NooreshTech  ( Do checkout )