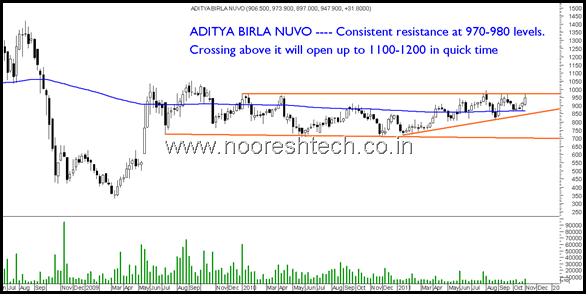 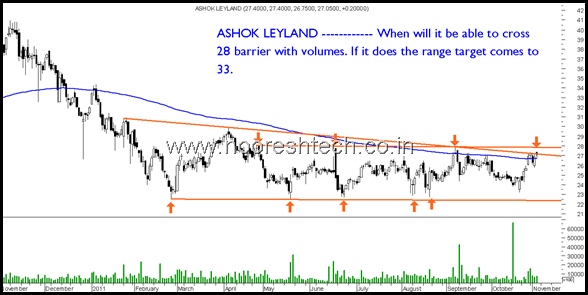 The stock has been in a range of 23-28 for a year now. The last attempt also looked like it would breakout but now its almost the 4-5th attempt increasing probability of a breakout. Keep a watch if crosses 28 with volumes can give a move to 33.