The State of the Market.

There can be a lot of other things which can make us take focus away from finding trade and investment opportunities in India as well as Risk Management and Asset Allocation thumb rules.

We have now again started listening decoupling which last was heard in 2007.

This brings down to the question can India outperform in a tough global environment ?

Let us look for the answer from this chart which compares Dow Jones to Nifty.

3) Nifty 500 – No more a quick reversal. Consolidating at higher end.

We have covered only the best and the worst ones here 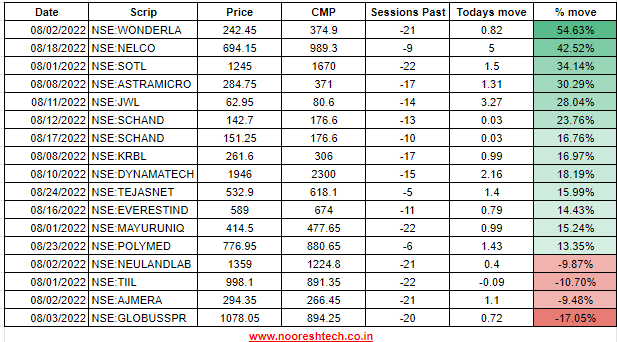